I was waiting for this event for a year. With some anxiety thoughts about tickets... and so on. But I made it! This is my point of view.

At WrocNET we took the opportunity to organize our local event day before Wroc#. We had +150 participants (this is how many finally signed up on meetup). We had visitors from Łódź, Warszawa, Kraków, Zielona Góra, Katowice, Bielsko-Biała and Rzeszów (at least from those) - amazing. Our sponsor PGS provided drinks and pizza!. I think it went pretty well.

I'll not describe all the sessions here. You can find other blog posts about it:

Generally, my overall sessions score on the survey was 4.5/5. Every session brought something new to me - which is perfect!

There were tons of signs that conference is held by engineers. Agenda printed on a punch card. Integral calculation as one of the tests in a contest. Retro-games. You can just feel that you are in the correct nest, with correct people. I was even satisfied that there is room for improvement for the organizers. That implies finding a bug in the conference, giving feedback on how to reproduce... and wait for the fix..... till next year :)

All fits together very well!

This deserved extra paragraph! It does not matter who you are, what you do, where you go. You should know the culture and history of the passion you sacrifice a substantial amount of you life. If you ask Messi who is Maradona or van Basten, what will he answer? The answer would probably be: "Great football players and in addition, both of them are left-footed, like me :)".

On WROCwe could have a look and touch computers used 20, 30 or even 40 years back. Computers made before some of us were even born. We need to know our origins.

You as a software engineer just need to know the machines and languages used in the past. It's part of your entity.

Thanks to places like that museum, we as XXI century engineers, do not forget our history. Our culture. Or Dennis Ritchie...

There were several contests during the event. Quiz, contests after every session and table football competition. I've participated in first 2, but without success :P. Next time I demand a darts tournament!

Meals server during the event also deserve separate paragraph. As a standard there was coffee and sweet rolls served during breaks. Surprisingly, there were also hot-dogs! Totally nerd's stuff. Then there was a typical lunch and at the end, there was an Asian and Italian cuisine server this way:

I think this is the biggest value for the audience. We, as .NET developers, could meet similar people from different regions in Poland. I meet some who came from UK or Switzerland :) I had a great time talking with all of you. Following pic shows what a mix of people from Poland we had: 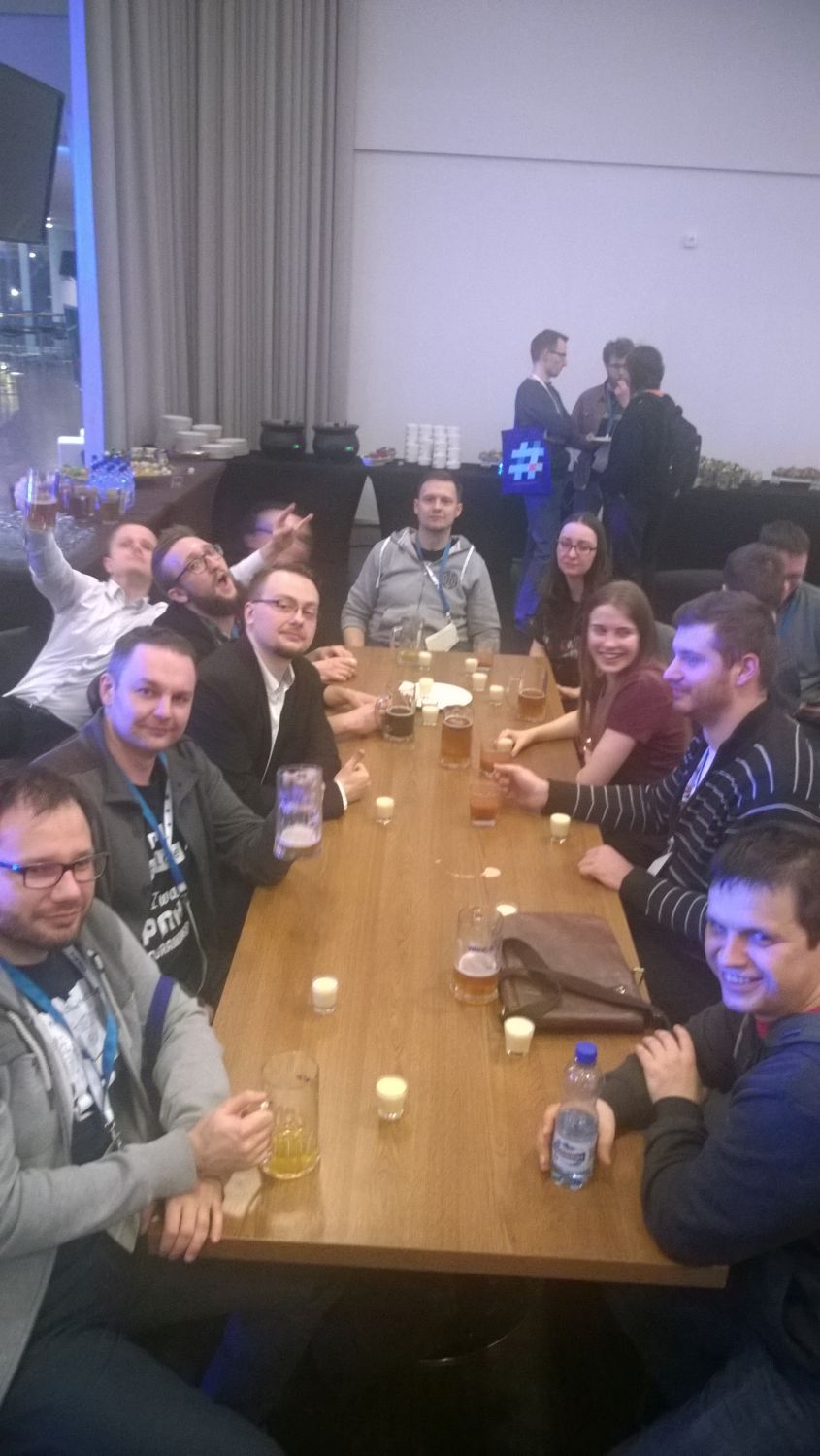 Wroc# is over. I'm proud that this happened in Wrocław. That we had the opportunity to meet great speakers and dev-geeks from Poland. Thank you Objectivity for making this happen in Wroclaw, again!

ps. The only bad thing was that I was home at 0:00 both after pre-Wrocand WROC#... But It was worth!