In one of my projects I wanted to be notified if something drop in there. This is how I made up some C# code to monitor Dead-Letter Queue

The first problem was to determine what is the queue name! After some google research I ended up with:

I used same code as in other places in project to access the queue.

Something similar to this:

To my surprise this time I got following exception:

Cannot determine whether a queue with the specified format name exists.

in the first line MessageQueue.Exists(queueName). At first it became quite weird that the queue does not exists. Given that I was able to browse it in "Computer Management Console". 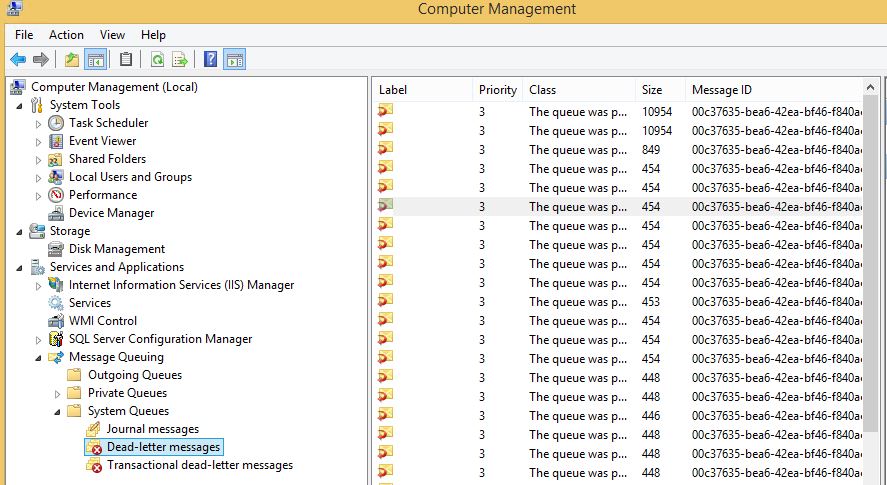 I tried to search to similar issues. Most of them pointed out permission problems, which was not the case.

What it turned out is that MessageQueue.Exists(queueName) does not work for system queues. After removing that line from code everything started to work as expected.